My 5-6 year old students have their swimming program this fortnight. In my class of 24, there are 2 students that are unable to dress themselves, dry themselves off, and ensure their belongings make it into their swimming bags. The other 22 can do all of those things – granted a bit of help might be needed with things like putting on swimming caps, or the occasional lost sock – but all in all they’re doing very well. Those 2 that I mentioned are also the same 2 that at school, are constantly losing things, leaving things lying around, struggling with such things as the dreaded glue stick etc. It just so happens, that it is the parents of those 2 that are coming to ‘help out’ at swimming every day… You can see where I’m going with this…

The chicken or the egg?
Those 2 parents will tell you, “I’m coming to help at swimming because my child has trouble getting themselves dressed, and is disorganised and always losing things.”
My thought is that the opposite is the case: Isn’t your child disorganised and always losing things BECAUSE you’re doing everything for them? By drying them off, getting them dressed and packing their bags, aren’t you teaching them that these are things which they are unable to do for themselves. Is it that you do not trust them to do it for themselves, or do you think they will be physically, intellectually or emotionally unable to do it for themselves? Either way, you child is receiving a message loud and clear…

What is it?
The majority of people, when in a ‘bad situation’, will do whatever they can to escape it. The truth for people with Learned Helplessness is that when in a bad situation, they feel as though they have no control and will give up and accept the situation they’re in. You can see why Learned Helplessness and depression are so closely linked. When a person is subjected to an aversive stimulus that it cannot escape, repeatedly and over an extended period, the person may well become accepting of that stimulus, feeling as though they’re unable to have any control. Do a quick Google search of Martin Seligman to find out more.

What’s the connection to school-aged children?
We’ve all heard of “helicopter parenting”, students being “wrapped in cotton wool”, and so on. Well-meaning parents will do anything – and everything! – for their kids. I’m by no means saying that parents are inflicting trauma on their children by being, let’s say “overbearing”. But… by showing & telling kids (directly or indirectly) that they cannot do anything for themselves, are we engraining the same Learned Helplessness idea which will see that child accept their inabilities?

What are the lastly effects of children receiving that message? A new kind of Learned Helplessness?

Re-blog: The Rise of the Helicopter Teacher

A teacher’s take on parent-teacher relationships…

A teacher’s take on positive thoughts…

and how kids let negative thoughts consume them! 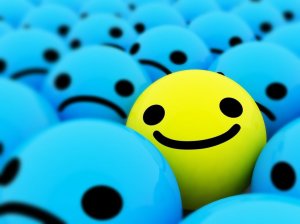 Don’t kids usually believe what we tell them? So, if you tell them that they had a terrible day at school, did boring work, weren’t allowed to be creative, were bullied or teased in the playground and got yelled at by their teacher, they’ll probably agree, wouldn’t they? If you tell them that their day was amazing, full of fun, great times playing with great friends and learnt cool new things, they’ll probably agree with that too, wouldn’t they?

I’m having this wondering following a conversation I had with a parent this week. Lucy’s* mother came into my office before school to tell me all about an ‘incident’ that happened at lunch time the day before. Long story short, her 6 year old daughter felt excluded from a game some of her friends were playing. Alarm bells rang in my head when the mother next told me, “We talked about it for half an hour… So that I could find out exactly what happened, if it’s happened in the past and what the other girls did and said…”

My reflex (and I’m glad I asked) was “Did Lucy tell you anything else about school yesterday?” “No”, said the mother.

You mean to tell me, that Lucy was at school for 6 ½ hours yesterday, and the only thing she told you about was the 5 minutes in which she felt unhappy… And you indulged her?

She was at school for 390 minutes; 385 were positive, 5 were not. And you spent half an hour talking about those 5 minutes?

It was just 5 minutes out of 390, and we’ve allowed that minor incident consume Lucy’s thoughts?

Well, of course I didn’t actually SAY any of that, but I was certainly wishing I could have. Of course Lucy’s mother and I then spent 15 minutes talking about the incident; her telling me every detail 3rd hand. We discussed the usual where we can go from here, how we can work together to make sure Lucy has a positive lunch experience, etc. Apparently being excluded from the game had completely turned Lucy off school and she didn’t even want to come in today. I wonder why? Let’s not forget that Lucy has been sent the message that if just 5 minutes out of 390 are negative, then that’s what we focus on.

Sadly, now the 5 minute incident has been given 30 minutes of air time at home and an extra 20 in my office, and still those other positive 385 minutes have received no mention. I wonder, as the parent in the situation, how might Lucy’s mother have approached this whole situation differently? When her daughter got home and inevitably told her about the lunch time incident, could the mother simply have said something along the lines of, “Oh well, these things happen, but next time you might try ___. Now, most importantly, tell me about your FAVOURITE part of the day!” Might this have totally changed Lucy’s perspective?

Here’s a Teachling Tip – Kids will inevitably tell you first, about the part of their day that they didn’t enjoy. This is because they are still developing their ’emotional filters’. They let negative thoughts consume them. The way adults respond can make all the difference. Next time your child tells you about a negative incident that happened to them, will you indulge them, or redirect their thoughts to the positive? Remember than the incident was probably just 5 minutes out of 390… It seems silly to pay too much attention to the negative.

A primary school teacher from Melbourne, Australia, I believe in the strength of communities – learning communities made up of children, their parents and families, their teachers and school, and everyone else that plays a role in their life, development and future – working together. Improving a child’s life-chances is everyone’s responsibility.

I'm here to share my 2 cents - a teacher's take - on all manner of topics relating to teaching, learning and parenting.